With a unique combination of 'Disney+ and ESPN', KPN offers entertainment for everyone 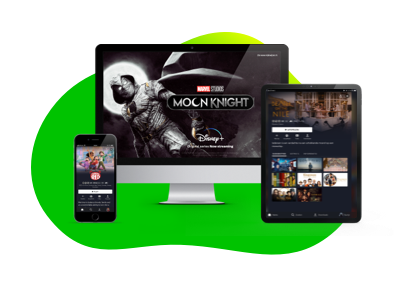 KPN offers even more entertainment for everyone. As of today, KPN's entertainment offer will be further expanded with a unique combination of streaming service Disney+ and the ESPN-TV sports channels. As a result, customers can now also add Disney+ to their entertainment, of course with the associated benefits.

Adding Disney+ to the entertainment package fulfills a wish for many KPN customers. “Endless entertainment for everyone, that's Disney+ at KPN”, says Jochem de Jong, VP Partnerships, TV & Entertainment KPN. “From Disney, Pixar and Marvel to Star Wars, National Geographic and Star. New releases, Disney+ Originals, classics and much more. There is always something fun to stream and thanks to smart combinations, KPN can also do this very economically.”

Bart Verhoeven, Director Platform Distribution of The Walt Disney Company Benelux: “With the combination of their fiber optic network, TV product and entertainment offer, KPN has been an important partner of The Walt Disney Company for a long time. We are delighted that we are now expanding our strategic partnership with Disney+. This makes the Disney+ streaming service available in a wide range of subscriptions, services and products from KPN. Moreover, KPN customers are the first in the market to order the new bundle 'Disney+ and ESPN' directly through all KPN channels."

The Walt Disney Company and KPN have been working together for some time with the broadcasts of live Eredivisie football on ESPN. And adding Disney+ to the entertainment portfolio will open up new unique opportunities in the successful partnership. For example, ESPN and Disney+ are both offered in a unique offer. De Jong: “The fact that both brands are offered at the same time at KPN is new on the market and KPN is therefore the first to offer such an offer. Watch the best of entertainment and sports via stream or simply on TV via KPN. In addition, both ESPN (channels 221 to 224) and Disney+ will allow customers to wager their entertainment discount (for customers who combine Internet and Mobile) on this new entertainment offering, creating an even greater benefit.”

From April 21, 2022, customers can take out the Disney+ subscription and the combination of Disney+ and ESPN Complete online, via customer service, in stores or simply via the MijnKPN app where you can switch it on or off just as easily. Disney+ costs EUR 8.99 per month for KPN customers or EUR 19.99 together with ESPN. In combination with the entertainment discount, that is another 5 euros cheaper per month.

More about the collaboration on kpn.com/disneyplus

With a unique combination of 'Disney+ and ESPN', KPN offers entertainment for everyone