In the last few days, the start of the new Formula 1 season was streamed on the internet in the Netherlands. This ensured that the rhythm of the Grand Prix weekend was clearly visible on the KPN network. KPN recorded more than 25% additional internet traffic during the race.

The new Formula 1 season started last weekend, with new races, new title opportunities and the start of the new streaming service Viaplay, that enables you to watch all the races live. The Netherlands unmistakably shared the experience of the opening of the new Formula 1 season, either on KPN TV via channel 225 or by streaming on PC, tablet or smartphone. Peaks were visible in KPN’s fixed internet traffic when the drivers took to the track. That could be seen also on Friday between 1 and 4 pm when people were watching the practice sessions. The third practice session on Saturday drew great interest too, as did the qualifying sessions. The viewing figures for the race on Sunday were massive, while at that same time the football match between Ajax and Feyenoord was attracting a large number of viewers. 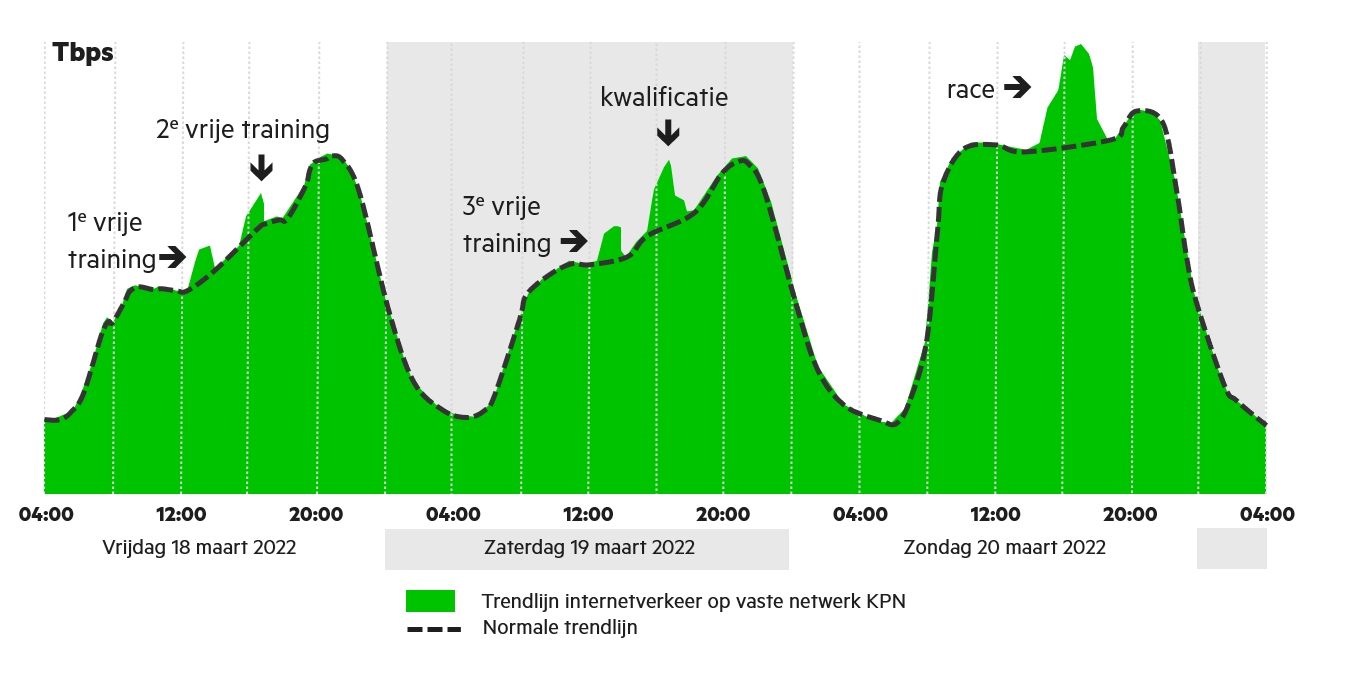 Similarly, a peak was visible on Sunday in KPN’s mobile network, caused also by the combination of the Ajax-Feyenoord football match and the Formula 1 race. There was a clear rise in data traffic from 2.30 pm when the match at the Johan Cruijff ArenA kicked off. A further rise was apparent at 4 pm Netherlands time when the lights turned green in Bahrein. Together this resulted, shortly after the start of the race, in over 50% more mobile data traffic than normal on a Sunday afternoon. We at KPN are already looking forward to next weekend, when the second F1 race of the season will take place. 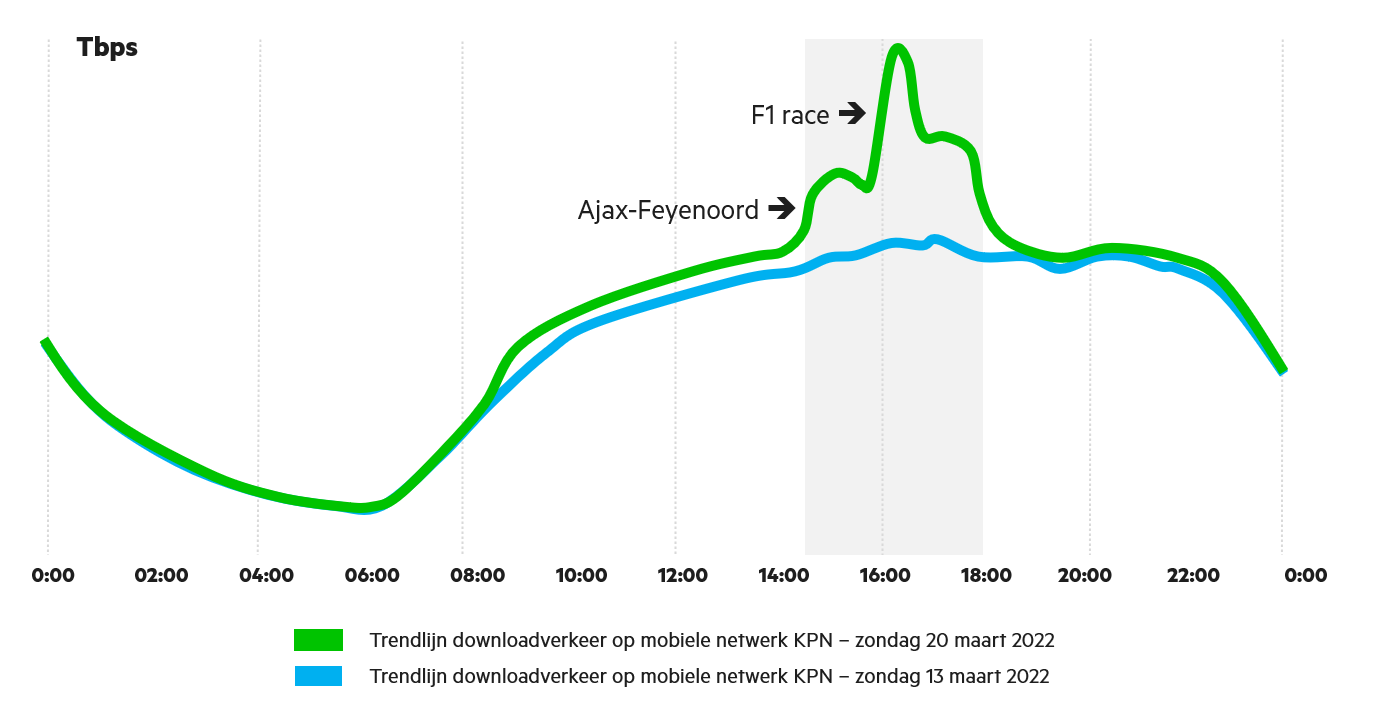