New Year’s Eve has traditionally been a busy time on the network of the Netherlands. The many New Year’s wishes resulted in record data traffic on the mobile network. Mobile data traffic increased by more than a third compared to last year. Celebrating at home also meant that more calls were made at the turn of the year. As in previous years, fewer text messages were sent.

A record usage of more than 343 terabytes was measured on the mobile network between 10 pm and 4 am. This is the largest increase in ten years and substantially more than last year (38.3%), when 248 terabytes were used. Where the Netherlands celebrated New Year at home, the KPN network provided the connection. The peak time on the mobile network was right after midnight, between 12.05 am and 12.10 am, when people are contacting each other by phone, SMS, and app.

The record data use not only shows that the mobile network is being used more and more, but also that large data files, such as photos and videos, are being sent more often to convey New Year’s greetings. In addition, video calls are becoming increasingly popular during New Year’s Eve.

Increase in data use set to continue in 2022
The record data use last night did not lead to problems on KPN’s fixed or mobile networks. Data use has increased significantly in recent years, partly due to many people working at home, an increase in streaming traffic, and the popularity of online gaming. In just two years, data use over the network of the Netherlands has almost doubled, and upload traffic rose particularly sharply. As a result, symmetrical speeds, where up- and download traffic are equal, are becoming increasingly important. It is expected that data traffic, both on the fixed and mobile networks, will continue to increase in 2022. 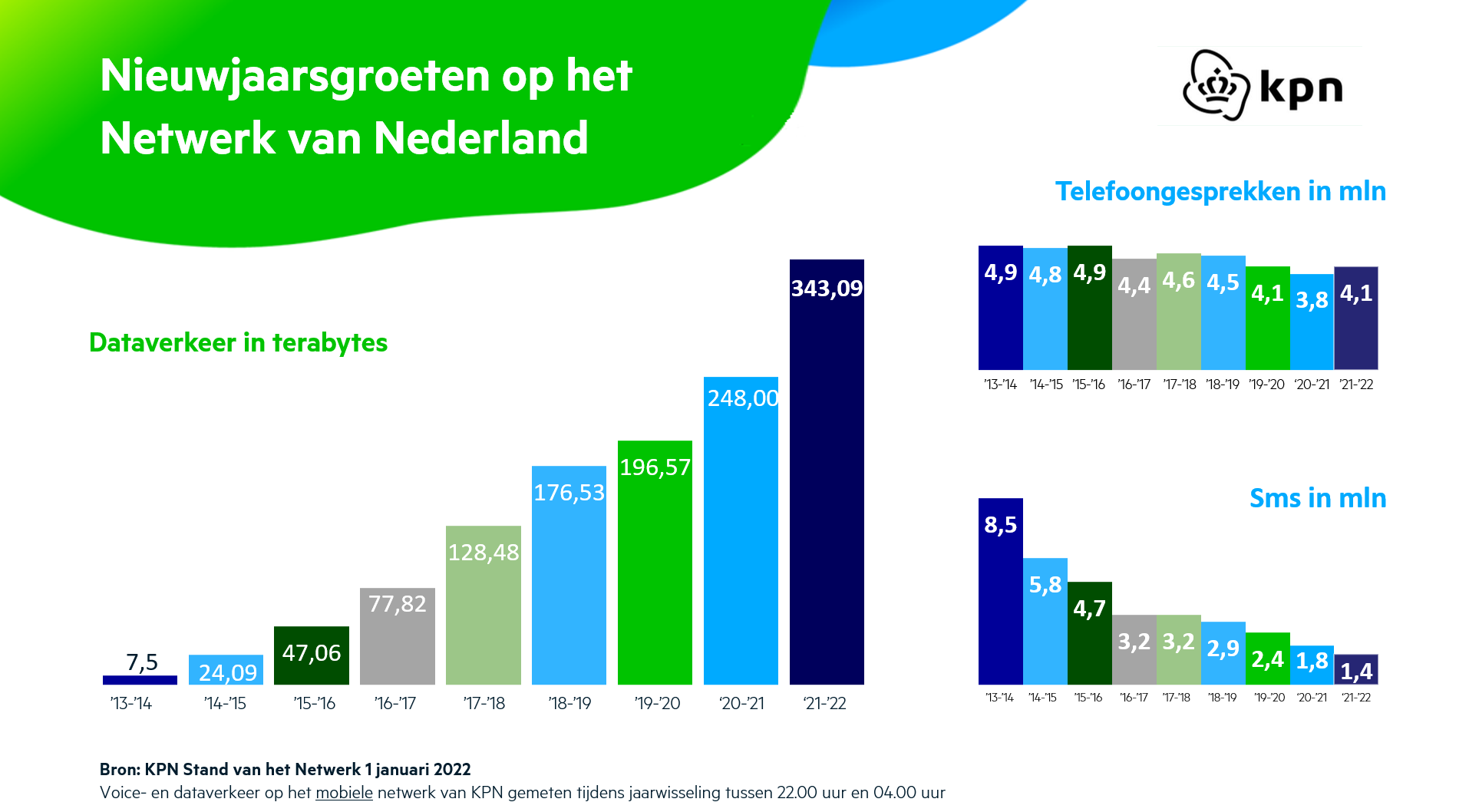