A lot of text messages during WhatsApp outage

Read the Dutch article below.

The failure of Facebook and WhatsApp resulted in the Netherlands switching en masse to texting and telephone traffic also increased due to the disruption. The number of SMS messages sent over the KPN network doubled from the start of the outage and, at the peak, at 10 pm, SMS traffic quadrupled compared to the same time a week earlier. 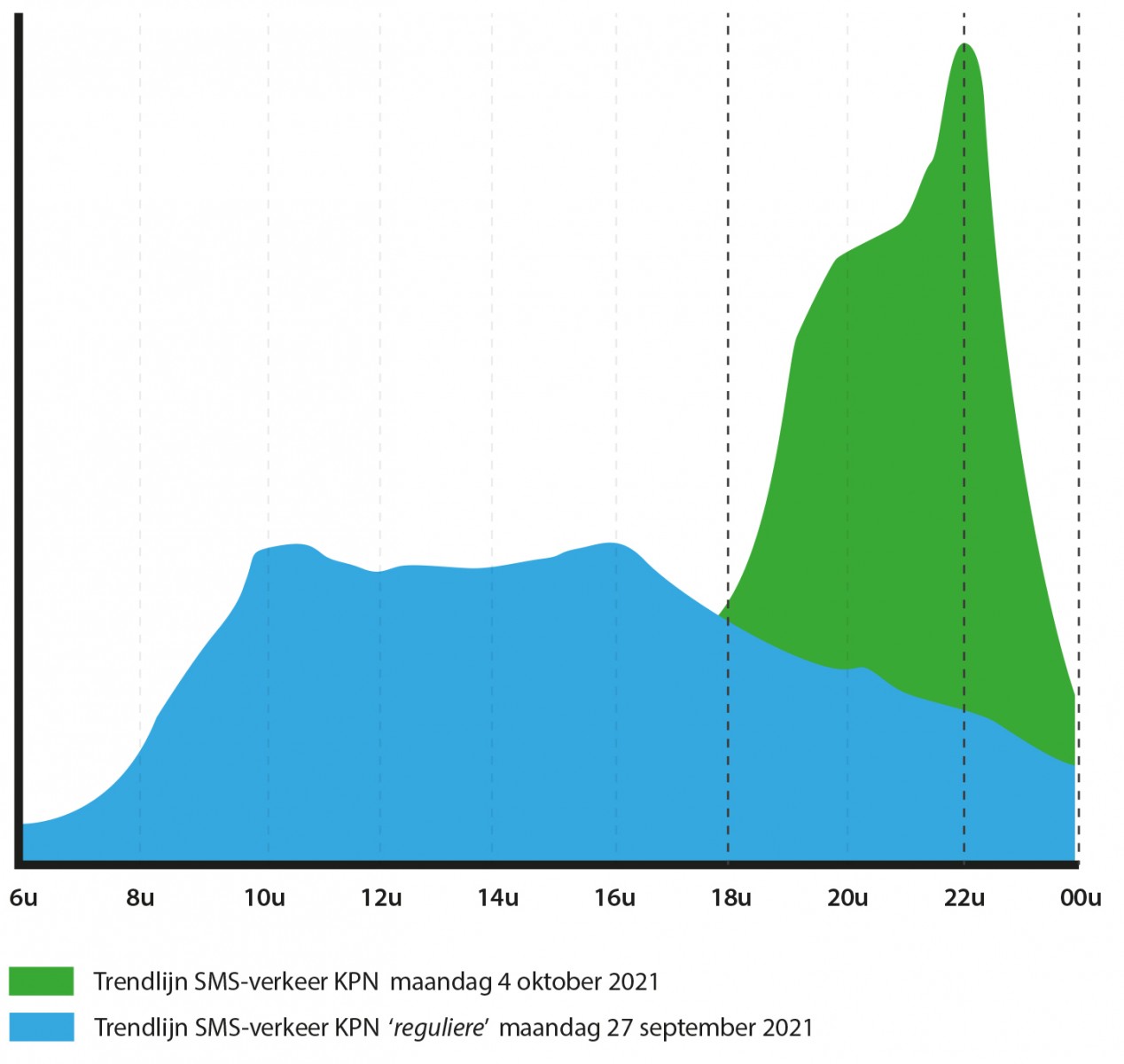 A normal SMS day follows a fairly stable course with increased activity during the day and a decrease throughout the evening. Exactly the opposite happened last night. After the start of the disruption to WhatsApp, Facebook, and Instagram, the number of texts sent increased significantly. The number of text messages did not decrease until after 10 pm. In addition, more calls were made last night in comparison with a regular Monday evening, but mobile data traffic remained stable.

First alternative
Despite the increased popularity of services such as WhatsApp in recent years, for many, text messaging is the first alternative in the event of a disruption. The sudden increase in SMS traffic did not cause any problems for the KPN network, almost all messages could be delivered successfully last night.

A lot of text messages during WhatsApp outage

Fiberbus tours primary schools
First quarter results 2022
Alaian: a global alliance for innovation
With a unique combination of 'Disney+ and ESPN', KPN offers entertainment for everyone
Half of Dutch companies are afraid of cyber attack
KPN AGM approves all agenda items
Some modules are disabled because cookies are declined. Accept cookies to experience the full functionality of this page.
ACCEPT COOKIES
We use cookies to optimize the website, no personal information is stored. Learn more
DECLINE COOKIES ACCEPT COOKIES