New decade kicked off with record usage of mobile data

Once again, huge numbers of Dutch people wished each other a happy new year via the KPN mobile network. This led to a record utilization of more than 196 terabytes. This is over eight times more than five years ago (2014-2015), when 24 terabytes were consumed.

Every New Year, people in the Netherlands make significant use of the mobile network to pass on new year’s wishes. The same was the case again this year and new data records were achieved. The peak moment on the mobile network was shortly after midnight, between 12.05 and 12.10 a.m.

In the past, the phone was the normal way to wish somebody a happy new year. The use of SMS became very popular as well and in recent years mobile data has been used to send WhatsApp messages, to upload film clips, to watch social media and for mobile internet. 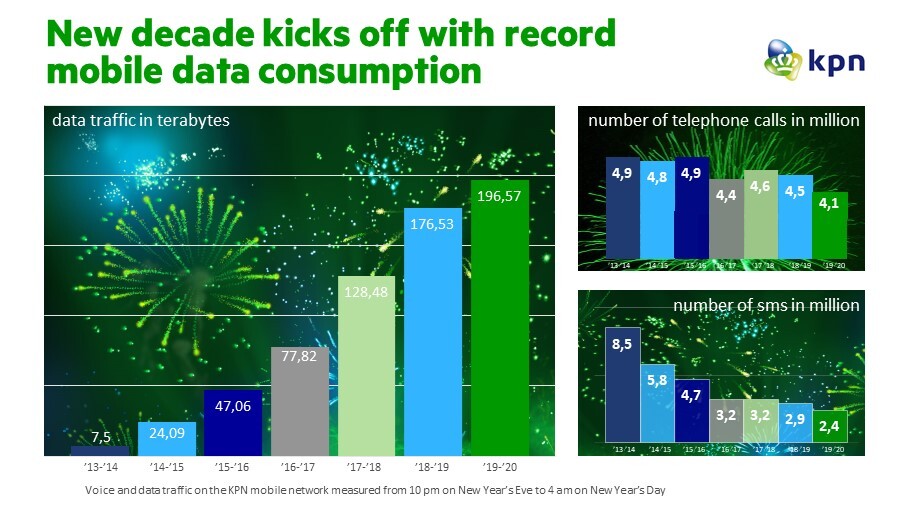 New decade kicked off with record usage of mobile data