In the coming three years, 18 social enterprises are going to tackle loneliness in the Netherlands in innovative ways. As loneliness is a major problem in our society, the Oranje Fonds and the KPN Mooiste Contact Fonds have been looking in recent months for the most progressive and distinctive ways of doing something about it fundamentally. The names of the social enterprises that will take part in the program Ondernemen tegen eenzaamheid [entrepreneurs against loneliness] were announced today.

The participants are organizations that operate both locally and nationwide and that all use digital means to combat loneliness. These include Mommy Friends in Beverwijk, which aims to combat loneliness among mothers through a national online platform for mothers to make friends with each other. And Refugee Team in Eindhoven, which puts volunteers and refugees in contact with each other by means of video calls. Stichting Leer Zelf Online [Teach Yourself Online Foundation] in Woerden has been selected as a participant too. It has a special website to ensure that people with an intellectual disability can come into contact with each other in a safe manner. A list of all the participants can be found on ondernementegeneenzaamheid.nl.

Before the corona crisis loneliness was already a major problem in the Netherlands and this has become even greater because of the pandemic. Two in five adults feel lonely. That is why the Oranje Fonds and the KPN Mooiste Contact Fonds decided to set up Ondernemen tegen eenzaamheid and to look for ways in which society can combat loneliness fundamentally. They will use the program to ensure that participating organizations are strengthened and can upscale. The goal is to reduce the feeling of loneliness among as many people as possible in the Netherlands. For three years, the participants will get assistance in the form of training courses, meetings and networking, visibility and funding.

The program is due to start on October 1, in the Week tegen Eenzaamheid [Anti-Loneliness Week]. During the course of the program the social enterprises and the developments they implement can be followed on ondernementegeneenzaamheid.nl.

For more than thirteen years, the KPN Mooiste Contact Fonds has been connecting people who feel lonely with the world around them; thanks to numerous initiatives, the fund has reached many tens of thousands of people. 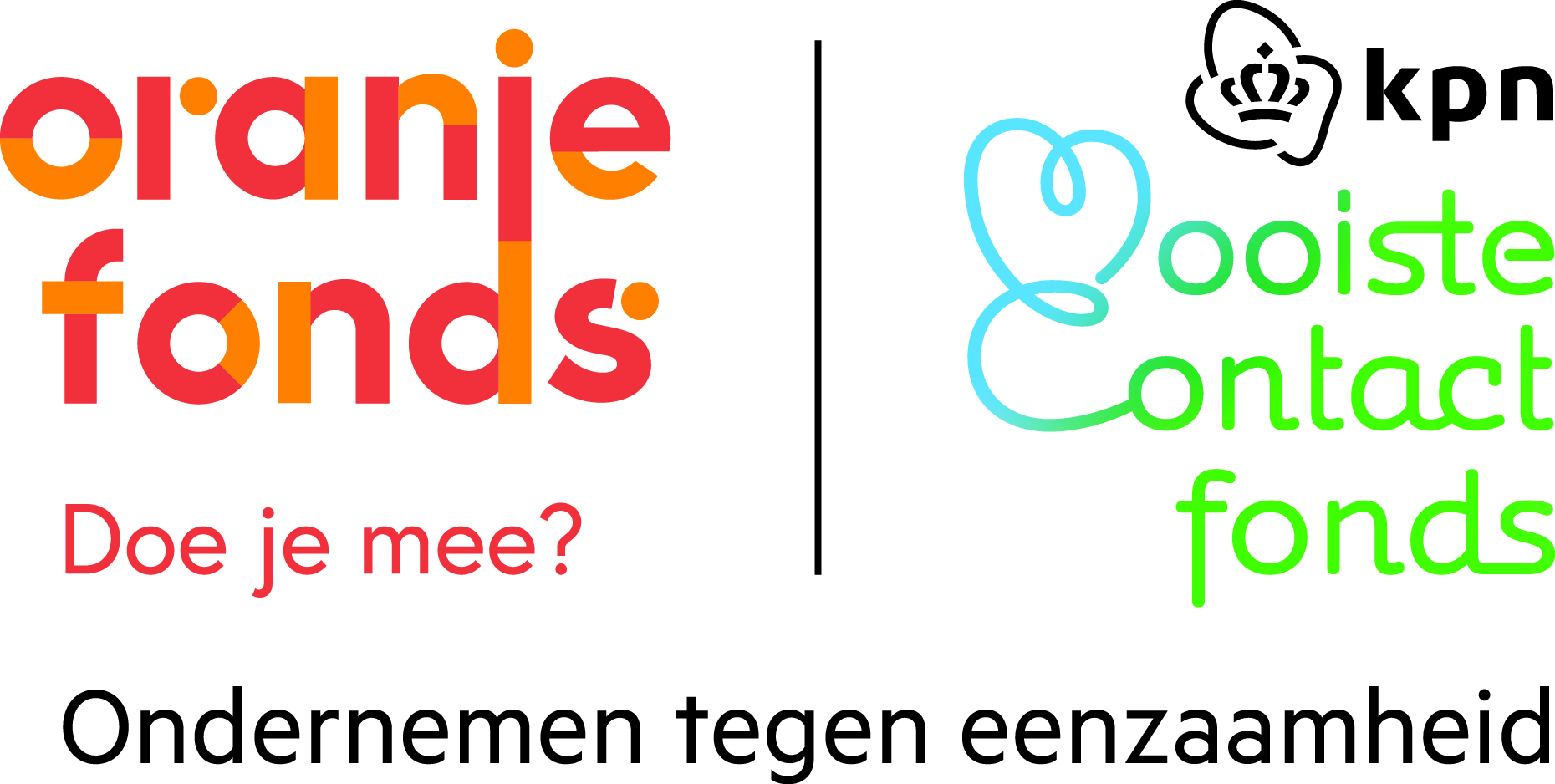