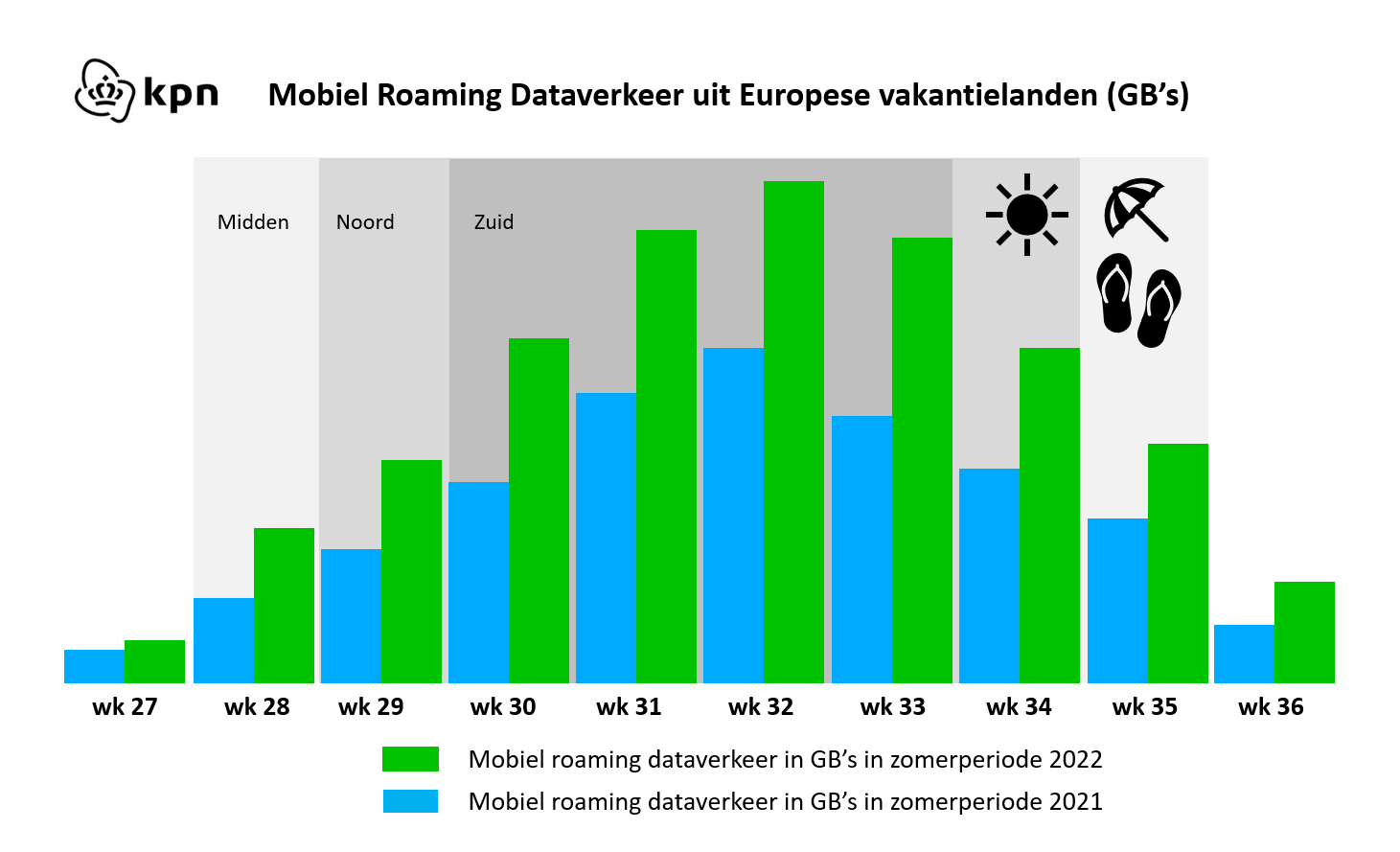 An analysis of roaming traffic shows that the Dutch were more eager to travel than in summer 2021. The fact that France was once again a popular holiday destination is clearly reflected in the roaming traffic. The Spanish and Italian networks were also frequently used by the Dutch.

With a 60% increase, roaming traffic is growing even faster than the annual rise in data traffic of around 30 to 50%. The brakes seem to be completely off when it comes to calling and surfing the internet on holidays with a smartphone. And because Dutch people have ever larger data bundles, more and more holidaymakers also prefer 4G and 5G to the (camping) WiFi.

Roaming traffic also peaks on Black Saturdays
The busiest days are Saturdays and, to a lesser extent, Sundays in July. These are the ‘Black Saturdays’ when the Dutch travel en masse to their holiday destinations. While they are stuck on the motorways headed South, full use in being made of the digital highways.

Navigation apps and streaming films and music on the way
Many motorists use navigation apps, for instance, and travelers are streaming more and more films and music. Week 32, the second week of August, was the busiest week in terms of roaming traffic. This was probably when most Dutch people were traveling. Never before has so much roaming traffic been generated in a month as last August. It is also clearly visible when the different Dutch regions (North, Central, and South) have their school holidays. Last summer holiday, the Central region was the first, followed by North and South. 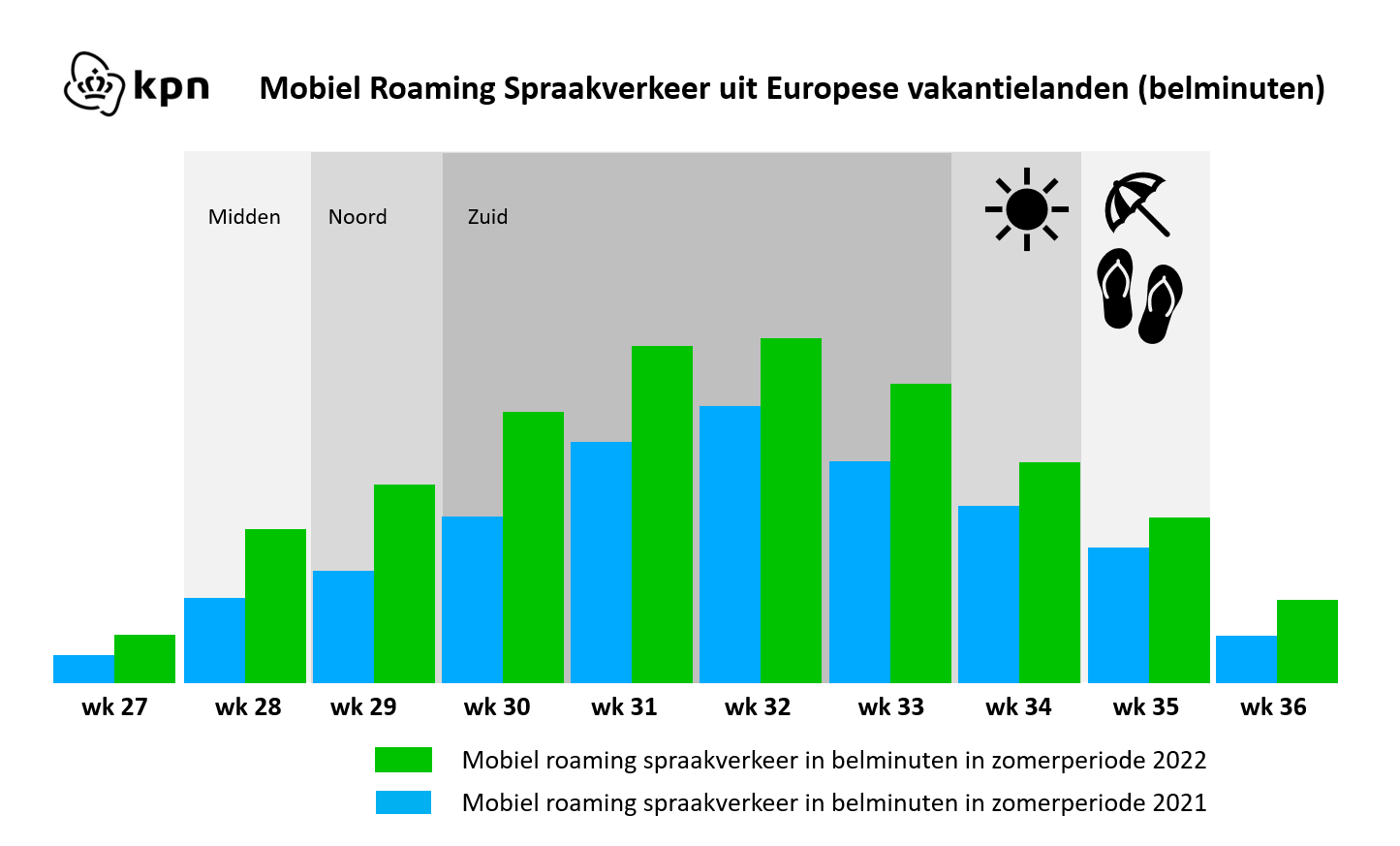 Not only data traffic increases. Last summer, slightly more voice calls were also made than in summer 2021. However, the increase in voice traffic is less in percentage terms, in line with the market trend. Roaming traffic from holiday countries outside the EU is also rising again, albeit less sharply.

Roam Like Home
Since June 2017, calling, texting, and surfing the internet costs the same everywhere in the European Union as it does in the Netherlands. In short: KPN customers can use their smartphones in all their favorite European holiday destinations in the same way as they are used to doing in the Netherlands.