The Reputation Institute has once again proclaimed KPN as the Dutch company with the best reputation, within the 'Industry Adjusted Ranking'.

The Reputation Awards are handed out every year on the basis of the annual RepTrak® ranking, which is compiled by the RepTrak Company. Once more, KPN had the honor of receiving the Special Achievement Award, which takes account of adjustments based on the sector in which we operate. 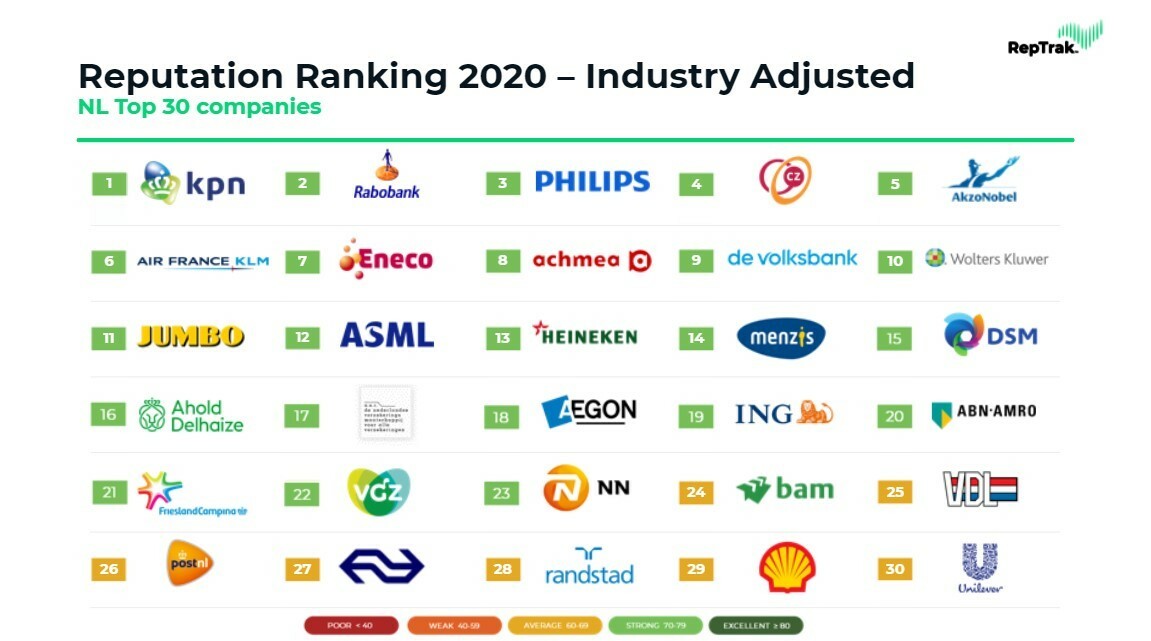 Comparing apples with apples
The Industry Adjusted Ranking is a separate category for which the reputation scores of thirty Dutch companies are weighted on the basis of the sector in which the company operates. This allows the scores of less popular sectors such as telecom, energy and banking to be brought into line with those of more popular sectors such as the car, food & beverage and electronics industries. Apples can then be compared with apples.

Top 10 of all companies
This year, KPN achieved tenth place in the overall ranking – one place higher than last year. So for the first time we have broken into the top 10 companies with the best reputation. In 2016 we ended up in 14th place. 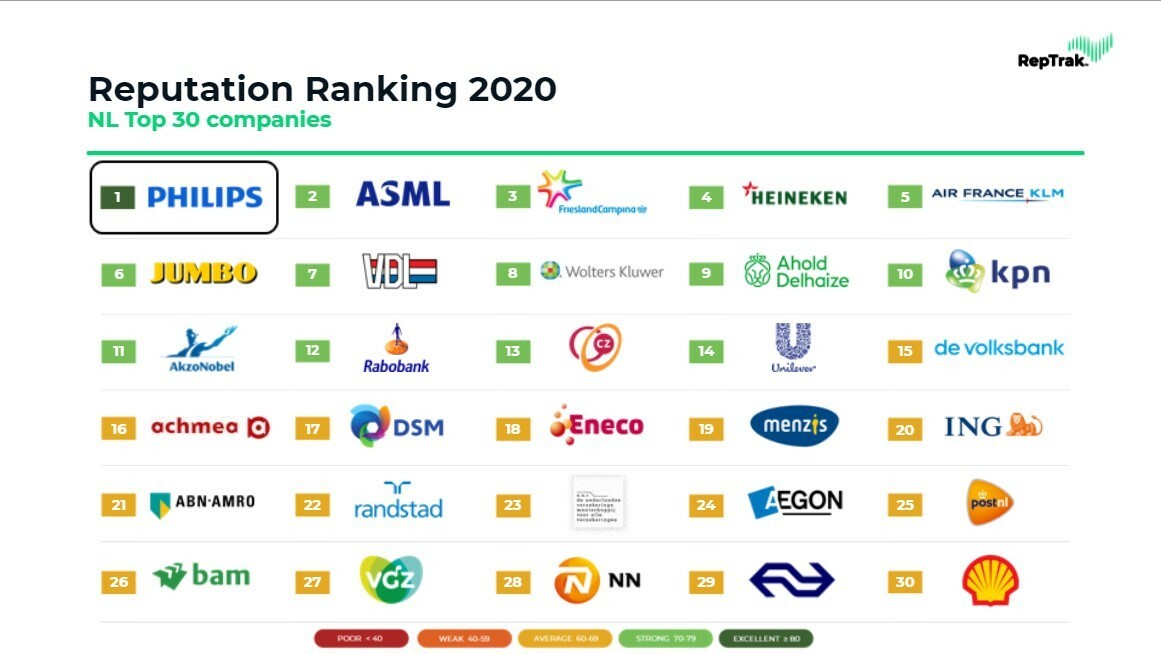 This year the prize was awarded – exceptionally – during a webcast by the RepTrak Company, which took place online because of the corona crisis. We were praised for our strong performance in the field of service, sustainability, product quality and innovation and our diversity and inclusion policy.

Joost Farwerck accepted the award virtually: “It is tremendous to be valued and recognized in this way. It’s what we work hard for every single day. Such recognition can be attributed to our deep and broad connectedness with the Netherlands. Given our 135-year history, this confirms to us that we are justifiably the network of the Netherlands. Everyone in the Netherlands – whether a KPN customer or not – makes use of our network every day. Our customers value KPN for the quality and reliability of our networks and services, our high standards of security and the sustainable way in which we run our company.”

The selection of the 30 Dutch companies is based not only on sales but also on familiarity among the general public: at least 25% must be somewhat familiar or very familiar with the company. A representative sample of the population of the Netherlands is taken, based on age and gender.