Following the new corona measures, KPN has decided to make the BLØF concert at Rotterdam Ahoy available to the whole of the Netherlands tomorrow night via a livestream. The HIER Festival, which was planned for Rotterdam Ahoy, cannot go ahead because of the announced measures. KPN already planned to broadcast the BLØF concert for free to customers, but will now do this for the whole of the Netherlands.

BLØF and KPN have joined forces to make this possible in order to ease the pain of the many visitors who had been looking forward to the concert. The concert can be viewed from 19.00 via Beleef KPN (TV channel 41) and a livestream. The recordings will then be repeated at 21.30. The livestream is available to all households in the Netherlands.

BLØF is one of the most successful bands in the Netherlands. They got their big break with the single ‘Liefs Uit Londen’ and since then have scored countless hits, such as ‘Aanzoek Zonder Ringen’, ‘Alles Is Liefde’, ‘Holiday In Spain’, ‘Zoutelande’ and ‘Horizon’. The band has won many music prizes and awards, including eight Edisons, six 3FM Awards, and the Popprijs. They have played several times in Rotterdam Ahoy and the Ziggo Dome, and have been organizing their own festival, Concert at SEA, on the Brouwersdam in Zeeland for fifteen years.

You can watch the performance live and for free tomorrow night (Saturday 13 November) via Beleef KPN (TV channel 41). Or you can follow the broadcast via your PC, tablet, or smartphone. The performance will start around 7 pm and will be repeated at 21.30. For more info and the link to the livestream go to kpn.com/kadootje. 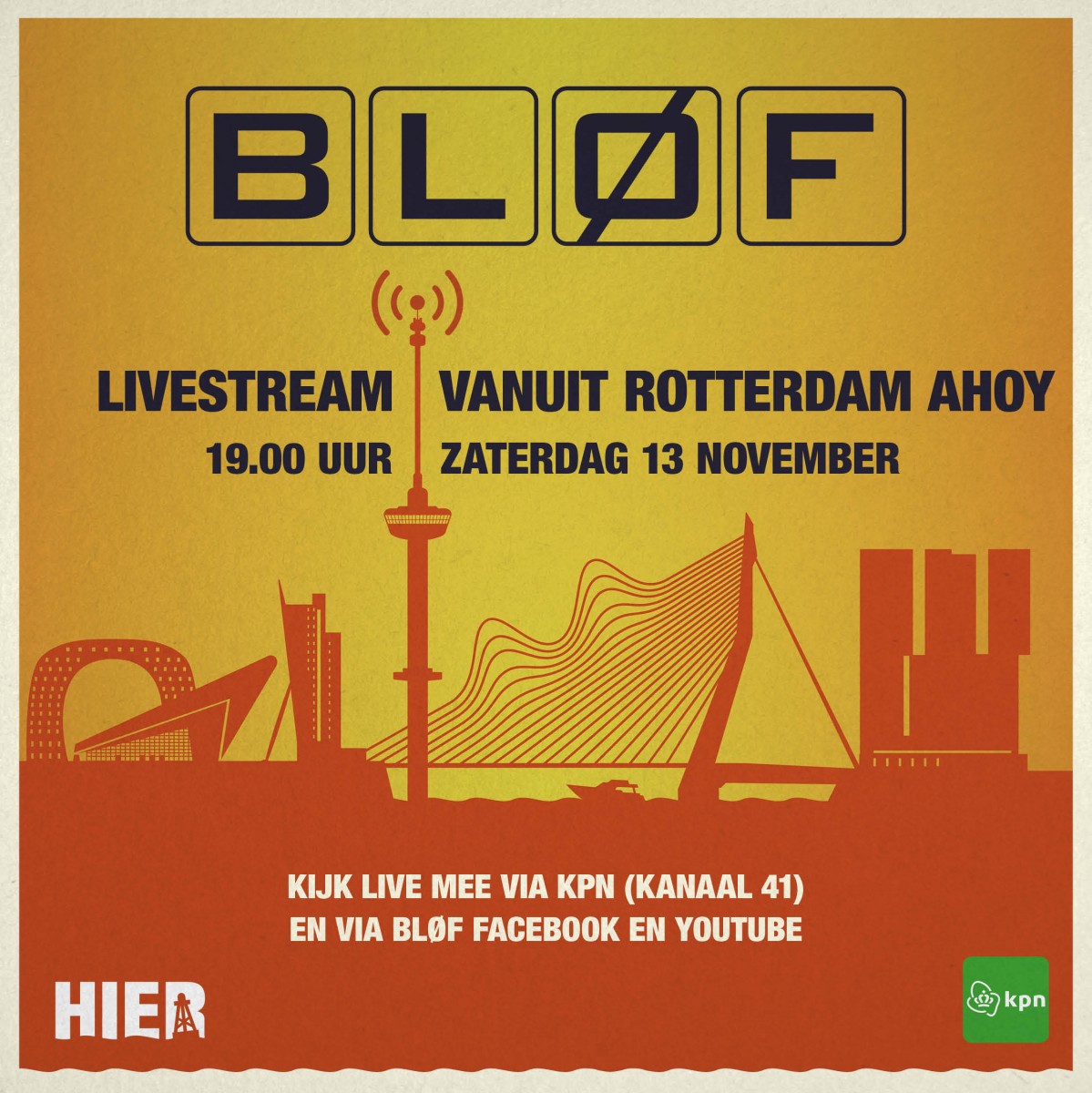 KPN has been the leading supplier of telecommunication and IT services in the Netherlands for almost 140 years. Everyone in the Netherlands uses the KPN network directly or indirectly every day, from the fiber connections in the ground to the ATMs in stores or the matrix signs above the freeways. Via the nationwide network of the Netherlands, in which KPN is continually investing by laying fiber and rolling out technology such as the new mobile 5G network, KPN serves consumers and business customers with telephony, data, TV, Internet of Things, cloud, workspace and security services. KPN has an open network on which other providers offer services as well. More information on www.kpn.com.