KPN connects Go!Gaming with fiber for the best gaming experience

First class gaming in Pathé cinemas throughout the Netherlands 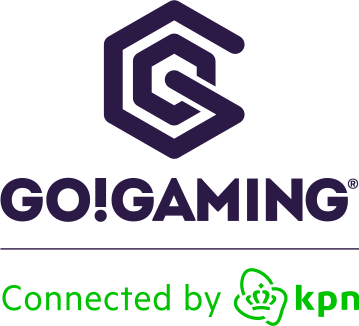 Go!Gaming is a collaboration between Pathé and H20 Esports Campus, bringing gamers, e-sporters and Pathé visitors together to discover the pleasure and excitement of gaming. The first such location was launched in December 2021 in Rotterdam. Other locations have since been added in Utrecht, Groningen, and Maastricht. Globally, gaming is the fastest growing sector of the entertainment market and an ever-increasing number of games are supported via the cloud. It means that gamers are increasingly demanding high quality network connections, at home and at nearby locations, whether via 5G or KPN’s fast and stable network.

Connecting gamers
Matthijs Vink, Co-Founder and CCO of Go!Gaming: “In KPN we found the perfect partner to increase awareness of Go!Gaming amongst a broad target group of gamers and others interested in gaming. Dedicated gamers know the importance of a stable, high-quality connection, which makes KPN’s fiber network indispensable for the best gaming experience. We are incredibly proud that KPN has had the confidence to make this investment. It gives us the confidence that a further step has been taken to establish a brilliant, successful concept in the Netherlands. We will join with KPN to bring gamers together in person, and connect them."

KPN, the provider for gamers throughout the Netherlands
KPN is currently focused on connecting everyone in the Netherlands through a sustainable, fast and stable fiber network. “It’s happening at lightning speed”, says Robin Clements, EVP Marketing and Products at KPN. “Nevertheless, some gamers will have to wait a little while longer to benefit from First Class internet in their own homes, with symmetrical speeds. Thanks to Go!Gaming connected by KPN they can spend time in a great environment discovering what it means to be able to game on the network in the Netherlands.” As chief sponsor of the eDivisie and launching partner of E-Oranje, KPN has enjoyed a long-term relationship with gamers in the Netherlands. Not to mention its collaboration with Microsoft on the Xbox Game Pass Ultimate. With its 5G and First Class Internet, KPN’s network meets the needs of the most demanding gamers.

Go!Gaming connected by KPN
In addition to laying the fiber network, KPN and Go!Gaming are also joining forces to organize activities and gaming tournaments in gaming centers, KPN stores, and countless other venues.

About Go!Gaming
Go!Gaming is a collaboration between Pathé and H20 Esports Campus, bringing gamers, e-sporters and Pathé visitors together to discover the pleasure and excitement of gaming. Key concepts here are experience, relaxation, gaming together, and self-development. The first such location was launched in December 2021 in Rotterdam. Other locations have since been added in Utrecht, Groningen, and Maastricht. www.gogaming.gg

About KPN
KPN has been the leading supplier of telecommunication and IT services in the Netherlands for almost 140 years. Everyone in the Netherlands uses the KPN network directly or indirectly every day, from the fiber connections in the ground to the ATMs in stores or the matrix signs above the freeways. KPN serves consumers and business customers with telephony, data, TV, Internet of Things, cloud, workspace and security services via the nationwide network of the Netherlands, in which KPN is continually investing by laying fiber and rolling out technology such as the new mobile 5G network. KPN has an open network over which other providers also offer services. More information on www.kpn.com

KPN connects Go!Gaming with fiber for the best gaming experience